Naturally, wi-Fi is a part of our daily lives. Wi-Fi technology allows us to break away from cumbersome wires. It also allows different users to share an internet connection, it has another purpose too, such as the capacity to transfer files between devices wirelessly among other things.
PHOTO CREDITED BY  UNSPLASH
Wi-Fi or wireless-LAN (WLAN) is a standard that allows devices to communicate with each other using a Wi-Fi router as the central hub. All devices with a Wi-Fi connection to the router via which data exchange occurs. Wi-Fi networks can have a range of around 24 to 25 feet indoors.

Every wireless network (including cell towers, cordless phones, etc) uses radio waves to communicate and transmit data. The 2.4GHz sticker that one can see on the router means that it transmits data at that frequency. Most gadgets use this 2.4GHz frequency to transmit. Due to this, newer Wi-Fi routers use the less-crowded 5GHz frequency band, which provides better transfer compare to a 2.4GHz one.

2. Why are Waves formed in the sea?

There are many kinds of waves, both on the surface and inside the sea. they are caused by the wind blowing over the sea, by under-water earthquakes and by the effects of the Sun and the Moon. The last is called Astronomical tides.

If we blow across a basin full of water, we can see at once the way in which waves are formed by the wind. The wind blows over the surface of the sea, making the waves large or small according to its force and intensity. But the wind does not cause any movement of water from one place to another or drive it in any one direction. Even when it forms very waves the water remains practically still.

That is to say that waves are the rise and fall of individual drops of water on the surface of the sea. They make a closed circular movement in a vertical direction. the movements spread and, therefore, the waves seem to chase one another as far as I can see.

3. What does the football term “free kick” denote?

In case of an infringement, play is resumed with a “free kick” by the non-offering team. The kick will either be direct or indirect depending upon the nature of the offense. A goal can be scored from a direct free kick without another player touching the ball, but not from an indirect free kick.

4. Who was Chaitanya?
A Hindu mystic and reformer who was worshipped as the incarnation of Krishna. Temples were built after his death at the traditional site at Brindavan which is still visited as a place of pilgrimage.https://youtu.be/fDBu6NHdWsI

5. When was the ICS started?

The assumption of direct administration of India by the Crown following the Great Revolt of 1857, necessitated the creation of what came to be called the Indian Civil Service (ICS). The competition for entry into the ICS was open to all natural-born subjects of her Majesty, whether European or Indian. The maximum age for admission was at first 23, lowered in 1859 to 22, and the selected candidates were to remain one-year probation in England. In 1870 an act was passed authorizing the appointment of Indians to the higher offices without any examination, but the effect to this legislation was given only in 1879. The British later introduced simultaneous examination in both India and England.

after independence ICS was renamed as IAS (Indian Administration Service).

6. Who built the Pharos of Alexandria?

The Pharos of Alexandria was a lighthouse built by Ptolemy Philadelphus 2(308-246 B.C) on the island of Pharos, off Alexandria, Egypt. It was 450ft.(137m) high and could be seen from a distance of 42 miles (68km). Part of the lighthouse was blown down in AD 793 and it was totally destroyed by an earthquake in the year 1375.
7. Where is Karbala situated?

Karbala is a pilgrim city in Iraq, sacred to the Shia Muslims. It was here in 680 AD that Hussain ibn Ali, the grandson of Prophet Muhammad and, in the eyes of Shias, the rightful Caliph was killed in a battle with the forces of the Umayyad Caliphate (which Hussain’s followers refused to recognize). Hussain’s tomb has since become a holy shrine, and Shias consider it a great honor to be buried in the pilgrim center.
8. When was the rupee first introduced?

The first Rupiya was issued by Shah Suri around 1542 AD. The coin weighed 180 grams(one tola) and contained 175 grams of pure silver. The word Rupiya evolved from the Sanskrit term Raupya which means Wrought silver. The current ‘rupee’ is corrupted from the earlier rupiya.
9. Who was the first woman to receive the Jnanpith Award?

Her first poem, Bairer Dak (call of outside) was published when she was only 14 years old. Her most famous trilogy is Pratham Pratishruti (first promise), 1964, Subarnalata, and Bakulkatha.
10. What is Cuttlefish?

A Cuttlefish is not a fish, It is a mollusk (fleshy animals without backbones). It belongs to that class of huge mollusks which are “cephalopods”, or “head-footed animals”. They are called head footed, because of the peculiar formation of these sea-creatures- arrangement of their feet and arms like tentacles which grow around the head and the mouth; and the arm-like tentacles are extensions of their feet. Octopus also belongs to this class of mollusks.

If it decides to retreat from an enemy, it backs away quickly, by forcing out water through a tube called “Siphon”. when it wants to discourage the enemy from chasing it, it darkens the water with a massive discharge of an ink-like fluid called “Sepia”. 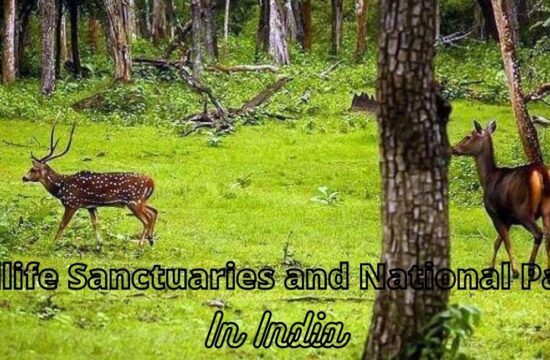 First In the World.